Home » Celiac disease is more common than you think

Celiac disease is more common than you think 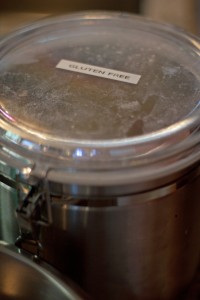 Could you or your child have celiac disease?

These are the stories of celiac disease:

“…(she) started to complain of tummy aches often.  Sometimes she would get them a few days in a row, then sometimes we wouldn’t hear about them for weeks.”

“…when I first started having the mysterious and very itchy rash.”

“Her symptoms were stomach aches, although not as bad as some people get.  But when she sat out of rehearsals, we knew it was serious.”

“He had fallen off his growth chart but is back on it since going gluten free.”

“And even though I had seen at least 5 neurological and dermatology specialists, I was not initially diagnosed by a clinician– my cousin had a friend w celiac and she ‘diagnosed’ me.”

“She was waking 2 or 3 times per night to go to the bathroom, feeling nauseous.”

“She would occasionally complain of a stomach ache but it never lasted very long. She was very, very tired for an 11 year old.”

“For several months she had had joint pain, chest pain, headaches, stomachaches, and was exhausted all the time. We went to the doctor several times. The first time she attributed it all to “stress” – but what does a 4 year old in a stable family and great preschool have to be stressed about?”

“When we took her back to the pediatrician for the fifth or sixth visit since she’d started ailing, the pediatrician said she now thought our daughter had a brain tumor, and she advised us to see a pediatric neurologist.”

According to the National Foundation for Celiac Awareness:

“One person might have diarrhea and abdominal pain, while another person has irritability or depression. Some patients develop celiac symptoms early in life, while others feel healthy far into adulthood. Some people with celiac disease have no signs or symptoms.

These differences can make celiac diagnosis extremely difficult, resulting in 83% of people with celiac disease undiagnosed or misdiagnosed with other conditions.”

As part of Celiac Disease Awareness Month, I’ve collected a variety of stories from my faithful followers whom have very kindly offered to contribute. Be careful; some of these may make you tear up. The hope is that you, as someone who doesn’t have celiac disease, will read it and think twice before saying “I don’t have celiac disease” or “I can’t have celiac disease; my symptoms aren’t that severe” (like I used to say). Please leave a comment and let me know what you think or if you have positive advice for anyone, please share that as well.

Shortly after I weaned my daughter, when she was about 15 months old, she started vomiting after eating food or drinking a bottle of milk. The pediatrician diagnosed her with a bad cold and bronchitis, on the theory that she was coughing so hard it was making her throw up. My husband and I thought it was dietary related, and a friend who has celiac disease recommended we get her tested. But when we tried to get an appointment with a pediatric gastroenterologist, the wait was eight months unless our pediatrician called saying that it was an emergency. The pediatrician pointed out that our daughter had been growing well up to that point, and she claimed that celiac disease is extremely rare in the United States. We couldn’t get the GI appointment.

Six months passed during which our daughter lost almost 20 percent of her body weight, severely declined in fine and gross motor skills, stopped talking except to use baby signs, and regressed to the point where she just wanted to sit on my lap and watch other children play. When we took her back to the pediatrician for the fifth or sixth visit since she’d started ailing, the pediatrician said she now thought our daughter had a brain tumor, and she advised us to see a pediatric neurologist.

I’m guessing being told your daughter may have a brain tumor is about the scariest thing a parent can be told. In our case, it turned out to be a blessing in disguise. First, the neurologist’s receptionist got us in to see the doctor immediately, and second, the doctor, Luis Bello-Espinoza, observed our daughter for about 45 minutes and then said, “I don’t think she has a brain tumor. I think she has celiac disease.”

I may have been the only parent to laugh out loud upon having been given such a diagnosis. Dr. Bello-Espinoza and I went through the symptoms together: frequent vomiting (check), loose and smelly stools (check), weight loss (check), apathy and general failure to thrive (check, check).

Once we started feeding our daughter gluten free food, she ate like a ravenous rabbit. For the next year or so she was insatiable, eating six or seven meals a day. She quickly regained her body weight and now, at 15 and six feet tall, you’d never guess she was a sickly toddler.

Since my daughter’s diagnosis I found out that I have celiac disease too, which is really strange because I have had exactly zero symptoms my entire life, including during the year I lived in Italy and ate pizza and pasta twice daily. When the gastroenterologist called to tell me the endoscopy was positive, I caught myself saying, “Nooo,” so certain had I been that the test would be negative. (My blood test was positive too, but I had thought the lab switched my daughter’s blood sample with mine; that’s how deeply I was in denial.) Perhaps I developed the disease relatively close to the time I was diagnosed, maybe as a result of late in life pregnancies. Now when I accidentally ingest gluten, however, I get intense migraine headaches.

After I was diagnosed, my sister got tested and found out that she has it, which explains the year in high school when she went from being voluptuous to appearing and acting anorexic/bulimic as well as her poor tooth enamel, chronic stomach aches, osteopenia, and infertility. Amazingly, my sister, who had never been able to conceive, got pregnant within a year of going gluten free . . . and, at 44, became mother to a healthy baby boy. Surprise: he has celiac disease, too.

Finally, in the latest addition to our family saga–which was only figured out because my cousin told her doctor about our family history–my cousin discovered that the cause of the terrible aches and pains in her joints and extremities that kept her up at night was, you guessed it, celiac disease.

Thank you again to all who contributed to this post. It means a lot. Look for a second post with more stories.

To get more information about celiac disease, symptoms and testing, visit this link from my website.

3 Responses to Celiac disease is more common than you think